As the summer movie season continued to rev up its engines this past weekend, I was pleased to go the other direction and take in two independent films, on opposite sides of the border.

On Friday I happened to notice that Trust Me had appeared at the Quality 16. I had not heard much about this film, but a look at the cast list (written and directed by Clark Gregg, with featured roles for Amanda Peet, Allison Janney, Felicity Huffman, Sam Rockwell, and several other notable actors) showed that it might be a project of note.

Gregg wrote and directed the film, in addition to playing the lead role, and so I wondered how cathartic or personal the experience had been for him. Some scenes, most notably involving Huffman’s agent/casting supervisor character, had a strong industry bite to them, while others, mostly focused on Gregg’s own likable but awkward main character, went on for too long or did not seem well thought out.

The plot focused on Gregg’s character, a former child star turned acting coach for young actors, and his troubles fitting in to the fast – moving, changeable Hollywood system, as seen through his interactions with two primary younger clients. After meeting the second one (Saxon Sherbino) by chance, he quickly gets drawn into her and her father’s world as Hollywood outsiders, with him serving as the guide for the out-of-towners coming in from Oklahoma. Along the way, he is glad to get to know his neighbor (Peet) more intimately.

But in a sudden shift for the plot and for the film as a whole, Gregg discovers that the girl and father may not be what they seem, and spends the remainder of the movie (this is all crammed in to the last half – hour) trying to get to “the truth” and putting bis career on the line, which ultimately creates challenging and surprising results for everyone involved.

I feel like this movie had good intentions and rose above the label of “vanity project” thanks to plot and commitment of the esteemed actors. But what if the late in the film plot twist had not occurred and the story went in a different, yet still unpredictable direction? I wonder if that would have made things easier to digest or reinforced the allegorical parody style of the script. As it stood in finished form, the ending put a somewhat sour taste in my mouth, though I wasn’t completely down on the whole film. 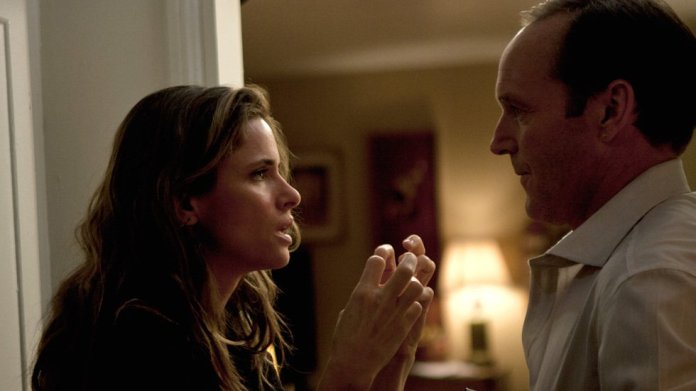 The next day, while on a visit back over to Windsor, Ontario, I noticed that the Devonshire Mall Cineplex Odeon was again offering a not-advertised-as-such Sneak Preview of a film not yet enjoying a wide US release. In this case, The Grand Seduction had been on my radar as a film spotlighting the majestic Canadian Maritime Provinces (it was filmed in Newfoundland) and offering a possibly rare starring role for character actor Brendan Gleeson, with Taylor Kitsch in a co-leading role, and a slew of Canadian actors in supporting roles, including Gordon Pinsent, who’d shown a more dramatic side in Away from Her several years ago. I didn’t realize that Pinsent is over 80 years old; he doesn’t seem it.

This film made laugh out loud and gaze with awe at the cinematic landscapes more than any other film I have seen in recent memory, but, the plot should have been simplified. Gleeson is the self-appointed mayor of a small Newfoundland coastal town falling on hard times based on lack of employment and job opportunities in general. Someone in the town, I forget who, decides that the town has an opportunity to serve as a site of a new oil and gas (or something like that) production factory. But first they have to prove they are ready to host the new factory, which is where Kitsch comes in as the young hotshot doctor that the town goes to extreme lengths to convince that he may want to stay there more than one month.

Sounds like a crowd pleaser, right? It was, but there was just TOO MUCH PLOT. Kitsch’s opening scene should have been cut, and his second scene, which does a better job of setting up his character, put in his place. Gleeson’s wife moves to the mainland for another job at the start of the film, which sets the plot in motion, but then (minor spoiler) she decides to return home at the end with what felt like the flick of a hand. Other townspeople are introduced, most notably a crafty and younger postmistress who may or may not have eyes for Kitsch, but the movie eventually becomes so overstuffed, it’s impossible to get a sense of their various character arcs. And towards the end of the film, Kitsch makes a not-quite-believable quick decision that contributes to the end of the story, but felt like a cop-out to me.

In spite of that, the movie is filmed completely on location, with the lush, green cliffs of coastal Atlantic Canada on full display, and the picturesque village coming across as a character of its own. The film’s music score makes use of charming, and regionally appropriate, fiddle music at multiple instances in the story.

So, if the viewer is game for going along with the ride, and feeling like they are part of a small coastal town where everyone knows your name, but doesn’t want to think too much about the plot (or just suspend their disbelief) this one is a great choice. Interestingly, it was originally a French – Quebec film; I can’t recall seeing an example of a Canadian company remaking a film from elsewhere in the country, although I am sure it has happened. 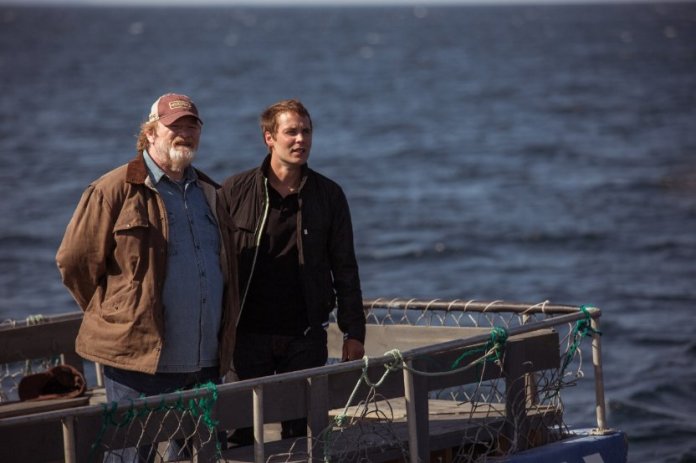