← Memorial Day a week later
Quirky, devastating, fantastic … But not all of the three combined  →

It’s a rare (for my current routine) day off from the road here in Boulder, Colorado, and so I’m celebrating by not using the car and embracing the pedestrian oriented culture of the city.

After going and going for two months on the road, with occasional but not consistent “pause” stops like this, it still feels a bit odd to slow down. There is a sense of getting a bit addicted to the art of going from one place to the next, and it feels strange when that routine comes to a stop.

However, the wider through line of the travel experiences involves making the most of each day as it comes (as in staying in the present moment) and letting it all unfold in an open-ended, though still very full way. 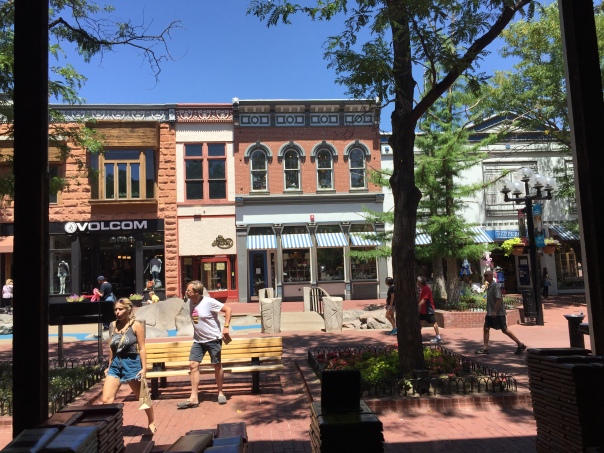 Once upon a time, there was a boy from New England. He grew up with a sense of adventure, loving to travel around the Northeast region. He could always count on the presence of a Buddhist community in his family and friends. Later, those interests merged. His sense of adventure continued to grow, expanding across Europe and then back the other direction across the USA.
View all posts by JP »

Posted on July 13, 2016, in Traveling and tagged boulder, colorado, on the road, photography, ruminations. Bookmark the permalink. Leave a comment.

← Memorial Day a week later
Quirky, devastating, fantastic … But not all of the three combined  →